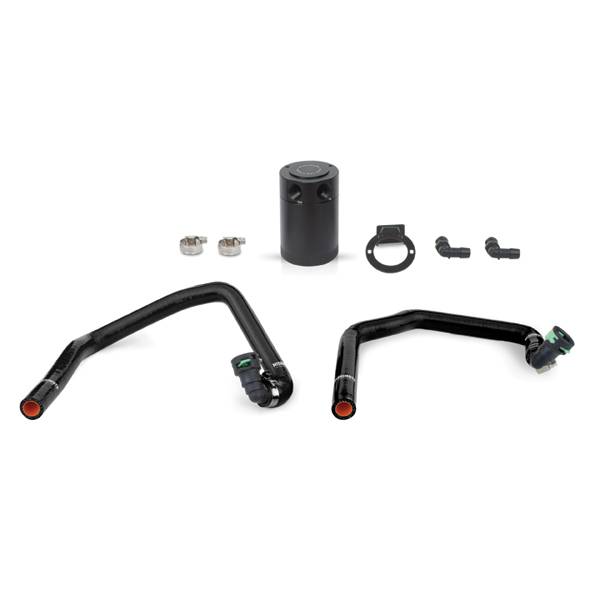 The Mishimoto Mustang EcoBoost Baffled Oil Catch Can is designed and engineered to reduce carbon buildup, a common issue with direct fuel injection engines. Thousands of test miles were logged on our Mustang EcoBoost to determine what can setup would work the best. Mishimoto engineers found that most vehicles, placing the catch can in the vacuum assisted PCV system of the vehicle will yield the most amount of oil accumulation during normal and aggressive driving. Where a catch can placed on the crankcase vent system on the left side of the engine will yield nearly no accumulation on stock or lightly modified vehicles. Having only one catch can, tied into the PCV system will, by far, work the best for the vast majority of Mustang EcoBoost's on the road.