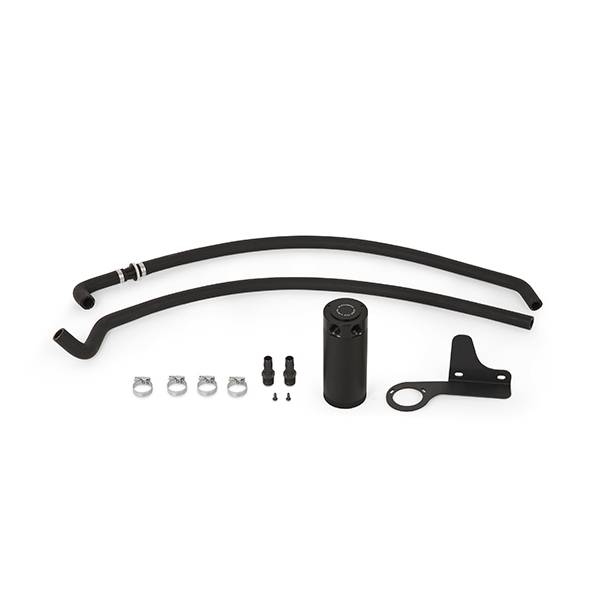 Add a layer of protection to your 2007-2013 Mazdaspeed 3 with the Mishimoto Baffled Oil Catch Can Kit. While the MS3 might have been one of the pioneers in the North American hot-hatch renaissance in the mid-2000s, but like the rest of the direct injected turbo charged engines of that era, it suffered from copious carbon build up due to engine blow-by. The 2.3L MZR turbo also has a unique issue with blow-by as it?s equipped with a top-mounted intercooler which is prone to heat soak effectively baking in all of the oil and fuel droplets into the heat exchanger.With the Mishimoto Baffled Oil Catch Can Kit, those crank-case gases are intercepted before even reaching the intercooler in the 6061-billet aluminum can. We also included our taller 7.5 oz. catch can to compensate for the increased levels of blow-by that the Mazdaspeed 3 experiences in colder weather. Also included in the kit are pre-formed hoses along with all of the necessary mounting hardware to ensure a simple, and direct fit to your MS3. As with all of our products, the Mazdaspeed 3 Baffled Oil Catch Can Kit is covered under the Mishimoto Lifetime Warranty, keeping your 2.3L MZR Turbo blow-by free over the lifetime of the car.